The origins of the Traunstein sword dance go back to the year 1530. In the town’s treasury book of that year it
reads, “ So all you young fellows give 1 gulden for the sword dance“. But there are no further remarks about the arrangement, the iconography and the reason why those “fellows“ performed the sword dance. 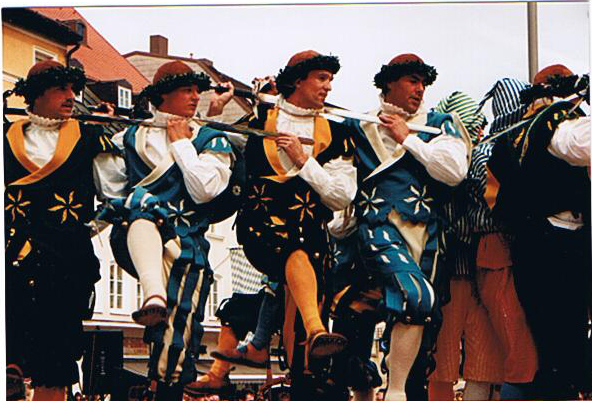 The concrete realisation of the sword dance revival dates back to 1925. The gymnasts of the gymnastics club Traunstein were considered to execute this revival, as they had already rehearsed and performed the ’Schäfflertanz’ (coopers’ dance) in Traunstein in 1914. The gymnastics club supervisor Franz Absmeier choreographed the dance, Irma Peetz composed the sword song and Prof. Wolfgang Quincke designed the costumes, which resembled the traditional costumes of the mercenaries of the 16th century. Georg Schierghofer was responsible for the content, which illustrates the symbolic expulsion of winter through spring. The St. George society of Traunstein took care of organising funds for the props. 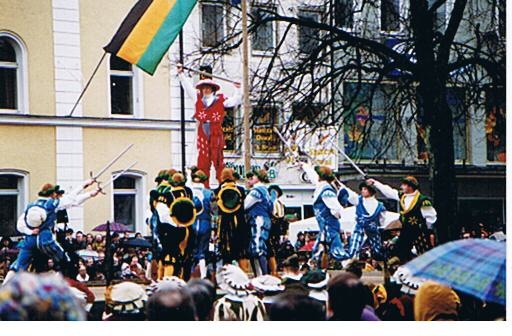 Dr. Georg Schierghofer, a pharmacist who was interested in history, came across this reference of the sword dance in 1922 as he was reorganising the municipal archive of Traunstein. He remembered this reference during the time when the town of Traunstein was preparing for its 800th anniversary in 1926. 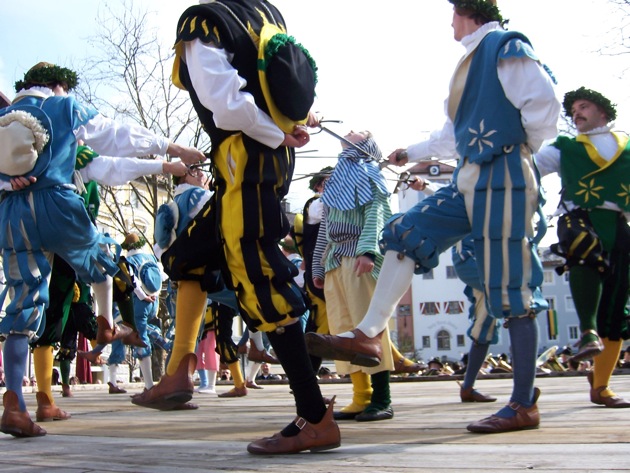 The first performance of the sword dance took place on Easter Sunday in 1926 as part of the 400th anniversary celebrations of the ’Liendlbrunnen’, a fountain on Traunstein’s town square. Further performances followed the next day during a horseback pilgrimage from Traunstein to Ettendorf, the so-called ‚Georgiritt’. In September of the same year there were the 800th anniversary of Traunstein celebrations including a pageant and further performances of the sword dance. 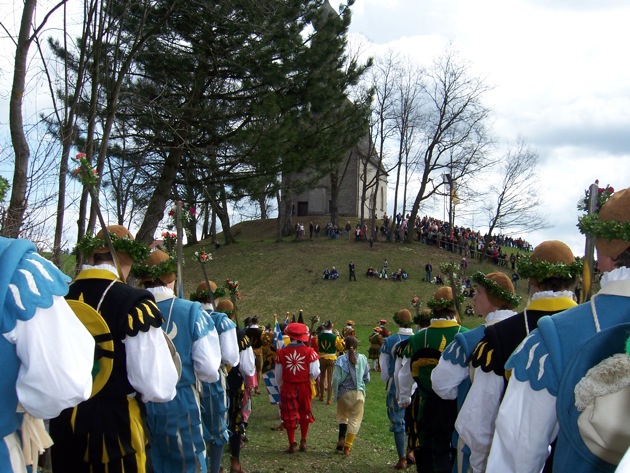 Up to the beginning of Word War II the sword dance was performed every now and again as an addition to the ’Georgiritt’. Since 1948 it has been the prelude and conclusion of the ‚Georgiritt’ every year, the horseback pilgrimage, which starts and ends on the Traunstein town square. 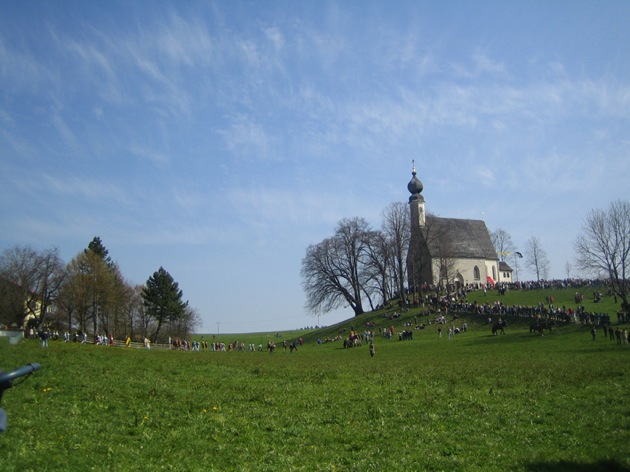 The Traunstein sword dance illustrates the expulsion of winter through spring in which the red leader of the dance symbolises spring and the two buffoons act as the ghosts of winter. At the end of the dance the throats of the buffoons are symbolically cut through and spring is raised into the air on a platform of swords to celebrate its victory. Now nothing can stop the arrival of spring in the Chiemgau.